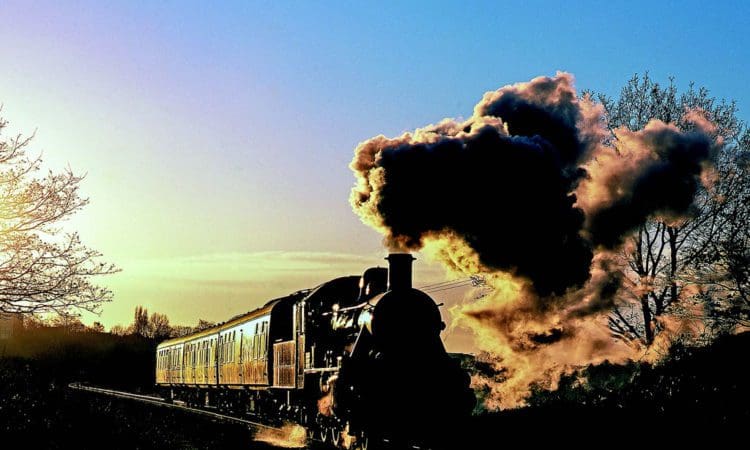 The East Lancashire Railway has established itself as one of the UK’s leading heritage railways, operating a varied fleet of steam and diesel locomotives throughout the last 31 years. During the pre-opening days at Bury Transport Museum, brake van rides and steaming days were the domain of the small collection of ex-industrial steam locomotives based at Bury.

The only ex BR steam locomotives at Castlecroft prior to the reopening of the line to Ramsbottom in 1987 were unrestored locomotives that had been rescued from Dai Woodham’s famous scrapyard in Barry, South Wales. However, since those early days, the East Lancashire Railway has gone on to operate a huge number of steam locomotives, including many of the high profile prestigious locomotives, such as Canadian Pacific, Duchess of Hamilton, Flying Scotsman and Tornado.

While this is not a definitive list of every steam locomotive that has worked over the East Lancashire Railway, it does seek to highlight many of the locomotives that have spent extended periods of time based on the railway.

When the line between Bury and Ramsbottom first opened in July 1987, the railway relied on just two industrial tank locomotives to haul its services, with ex-Manchester Ship Canal 0-6-0T No. 32 Gothenburg and ex Meaford Power Station 0-6-0T East Lancashire Railway No. 1.

These two locomotives were in charge of services throughout the 1987 season. The following year, the fleet was boosted with the addition of ex- Bickershaw Colliery Austerity Saddle Tank 0-6-0ST No. 8, which was named Sir Robert Peel by the railway in tribute to the former British Prime Minister and founder of the Police Service, who was born in Bury.

The arrival of Derek Foster’s ex-LMS Fowler 3F 0-6-0 No. 7298 in 1988 and his newly restored BR Standard 4 2-6-0 No. 76079 brought an end to the exclusive use of former industrial steam locomotives on the railway, although a number of industrial locomotives have worked on the East Lancashire Railway since those early years. 1989 saw the arrival of Hunslet Austerity 0-6-0ST No. 193 Shropshire, as the railway sought to increase its operational steam fleet in preparation for the extension of services towards Rawtenstall.

One of the earliest locomotives to be based on the fledgling East Lancashire Railway was Andrew Barclay 0-4-0ST NWGB No. 1, which came to Helmshore courtesy of North Western Gas Board from Burnley Gas Works.

Although too small to work service trains on the railway, the locomotive was used to haul the first works trains through to Rawtenstall on November 5, 1989, working two trains on the line assisted by No. 32 Gothenburg on the first train and No. 8 Sir Robert Peel on the second.

NWGB No. 1 has not steamed for many years and is now on semi-permanent display inside the rejuvenated Bury Transport Museum. Although the East Lancashire Railway chose to primarily operate former BR steam locomotives on its services following the opening of the line to Rawtenstall in April 1991, there have still been plenty of visits from exindustrial steam locomotives, primarily to work off-peak season and dining train services.

Industrial locomotives that have spent extended periods in use on the railway’s services over recent years have mainly been various Hunslet Austerity 0-6-0STs.

As part of our superb Black Friday sale, East Lancashire Railway is now available for 30% off – for this weekend only!

To get your discount, all you need to do is choose your favourite bookazine and add to your basket here. Then, go to View Basket and enter the discount code ‘BLKFR2’ into the promotional code box. Your 10% discount will be applied to all relevant items. It’s quick and simple!