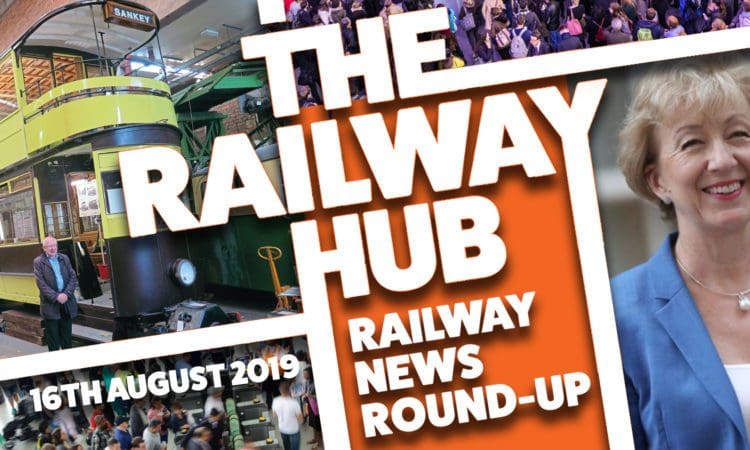 Welcome to The Railway Hub’s weekly round-up of the latest railway news.

We start this week’s railway round-up with the news that Brexit protester, Terry Maher, who caused major rail disruptions when he climbed the tunnel overlooking lines near St Pancras, being jailed for a year. Also, First has teamed up with Trenitalia to run the West Coast Main Line, plus more!

A Brexit protester who caused major disruption costing more than £1 million by blocking trains running between London, Kent and France has been jailed for one year.

Terry Maher, 44, climbed onto the top of a tunnel overlooking railway lines near St Pancras International station in March, causing disruption to thousands of travellers with his one-man protest, according to British Transport Police.

FirstGroup, along with Italian firm Trenitalia, will operate train services on the West Coast Main Line from December 8, the Department for Transport has said.

The joint partnership was awarded the West Coast Partnership (WCP) contract, which also includes responsibility for running the first HS2 trains from 2026.

The Government plans to launch an investigation into the major power cut that affected almost one million people in England and Wales.

The blackout last Friday afternoon brought travel chaos to the rail network, and affected the power supply to Newcastle Airport and Ipswich Hospital.

Sensors on trains could mark the end of ticket barriers

Railway station ticket barriers could be replaced by sensors on trains which detect when passengers board, a manufacturer has claimed.

Train-builder Hitachi Rail is developing technology designed to ensure travellers are automatically charged the correct fare by recognising their smartphones at both ends of their journey.

The firm is testing the sensors on trains in northern Italy and believes it could be used on trains, buses and trams in the UK. It says ticket barriers could be obsolete once sensors are installed.

The Merseyside Tramway Preservation Society (MTPS) has launched a £12,000 appeal to complete Warrington Corporation Tramways car No. 28, which is currently in the final throes of a restoration at the Wirral Transport Museum in Birkenhead.

The society hopes the G F Milnes-built double-deck car will be finished by the autumn of 2020, having acquired the necessary components and completed the bulk of the structural rebuild.