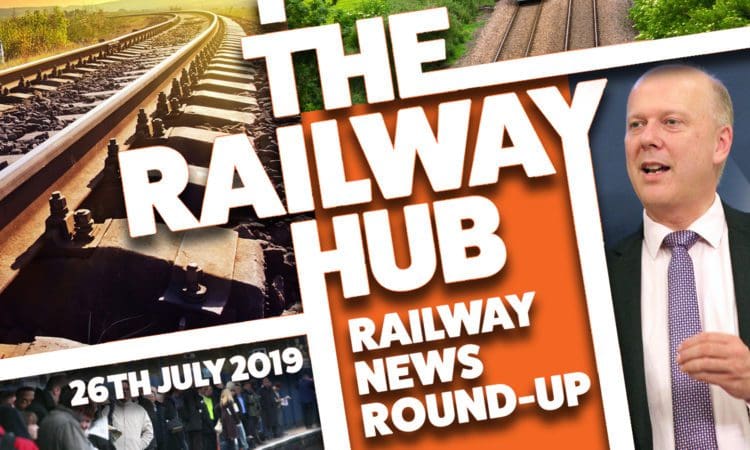 Welcome to The Railway Hub’s weekly round-up of the latest railway news. Here are the biggest headlines this week.

‘Do not travel’ – UK heatwave sparks chaos on railways

Network Rail announced that speed restrictions would be in place in the south east from midday until 8pm on Thursday amid fears that tracks could buckle in the heat if trains travel too fast.

East Midlands Trains told passengers not to attempt to travel on the Sheffield/Nottingham and London St Pancras International route.

Chris Grayling has quit as Transport Secretary as Boris Johnson stamped his authority in a cabinet revamp on his first day as Prime Minister.

Former Conservative Party chairman and current MP for Welwyn Hatfield, Grant Shapps, has since been appointed as the new secretary of state for transport. He has tweeted that he is “delighted and honoured” to take up the position.

Government sets out strategy for safe and biodiverse railway lineside

A strategy for safe and biodiverse railway lineside to “protect and enhance” the amount of plants, trees and wildlife alongside Britain’s rail lines has been announced by the Department for Transport (DfT).

Ministers expect Network Rail, the government-owned company responsible for managing rail infrastructure, to achieve no net loss of biodiversity by 2024, and a net gain by 2040.

Delayed train passengers are being urged to ‘claim every time’

Train passengers are being urged to “make their voice heard” by applying for delay compensation every time they are entitled to it.

An increase in the amount of claims would “send a message” to train operators that reliability must improve, according to watchdog Transport Focus.

Do you have some railway news we need to know about? Can you shed some light on some railway history? Also, do you have a story about your travels? Then get in touch and let us know by filling out this form.