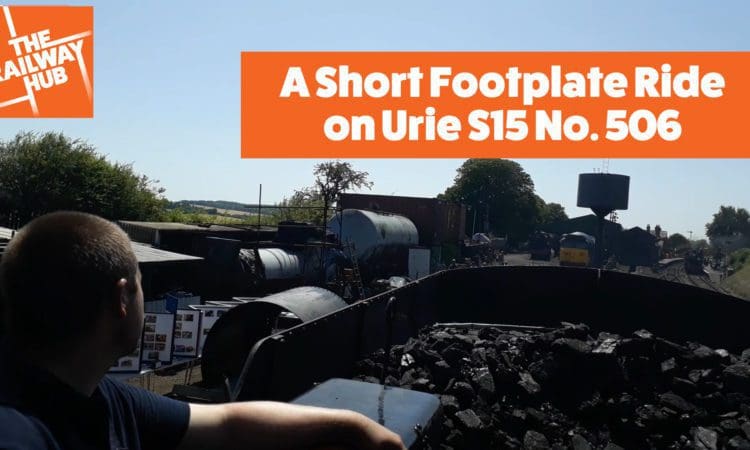 If you’ve watched our clip of the recent relaunch intro traffic of Urie S15 No. 506 at the Mid-Hants Railway, you may be interested to see what life is like on the 4-6-0’s footplate, as shown in this video.

Also, if you’re a railway modeller, you may find this footage of interest, providing inspiration in detailing your locomotives.

Heritage Railway magazine deputy editor Gareth Evans enjoyed a short footplate ride in Ropley yard on Saturday, June 29. It was one of the attractions on offer as part of the open day held by the owning group, the the Urie Locomotive Society (ULS).

The Eastleigh-built 4-6-0 could be enjoyed at close quarters in its shiny Southern wartime black livery with sunshine lettering.

In addition to guided tours of the locomotive, carriage works and boiler shop, visitors could view the latest progress on the current ULS projects – including No. 499, which as featured in Heritage Railway issue 250, is currently under restoration, having never run in preservation. No. 499 is being returned to as near as possible its original as-built 1920 condition.

The ULS sales cabin, which offers railway and Urie items for sale to help support the group’s restoration work, was also open in the picnic area overlooking the locomotive yard.