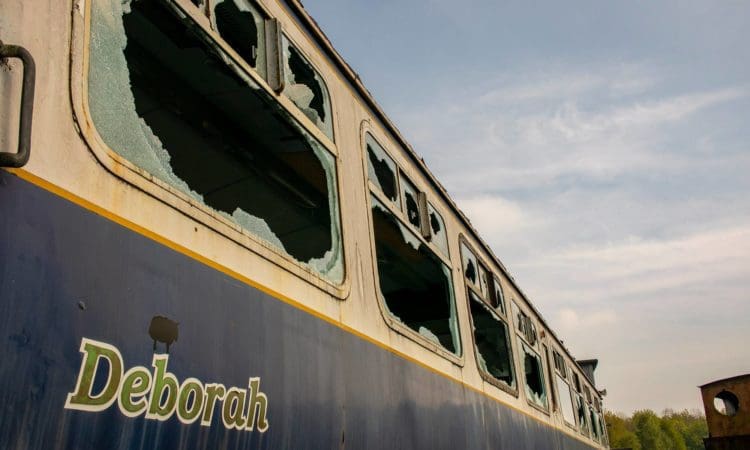 Nottingham Police has confirmed today (Thursday, May 2) that two boys, aged 12 and 14, were arrested last night (May 1) on suspicion of criminal damage. They have been released on conditional bail and the police investigation continues.

Inspector for the Rushcliffe borough Craig Berry, said: “I would like to express my thanks for all the public support around this investigation. As a result of a number of crucial witnesses coming forward, Nottinghamshire Police has made two arrests.

“Although the investigation is still in its early stages, this is significant step forward and we will continue to follow up enquiries to identify all those involved. It is important that anybody with any information still reports this to the police on 101, quoting incident number 765 of April 29, 2019.”

The update comes as Great Central Railway Nottingham announce that its Bank Holiday Weekend services will run as normal, despite vandals causing an estimated £80,000 worth of damage.

In a statement on Facebook, GCRN said: “We can now announce that despite the best efforts of persons unknown, we will be open as normal to the visiting public this coming Bank Holiday Weekend and all scheduled services will run as booked. D5830 will haul services on the yellow timetable on Saturday whilst on Sunday & Monday, Steam Services will be hauled by Austerity No. 68067.”

Teenage vandals broke 112 windows during an attack on the Great Central Railway – Nottingham’s Ruddington site on the evening of Monday, April 29, causing an estimated £80,000 worth of damage.

At around 5.45pm, six male offenders believed to be aged between 14 and 16 entered the site and smashed windows on two DMUs – a 108 and a Class 116 – plus two Mk2 carriages. Named Deborah, the latter has been damaged to the point that is likely to be beyond economic repair and may end up being scrapped – which unfortunately came after 75% of its windows were only recently replaced.

The offenders also broke into the signalbox locker room, as well as the 125 Group’s Mk3 buffet car, leaving more damage in their wake.

“Our volunteers have gone through the full range of emotions in the hours that have followed the attack.

“We are appealing for information on the culprits who were disturbed and made off from site at around 6:15pm. After being given chase by the police, the offenders unfortunately managed to evade capture somewhere within the Mere Way Business Park.

“What’s important now is that the persons responsible are caught and punished. In the meantime, we’re looking at ways of repairing the damage and increasing the site security – perhaps through sponsorship. We would any donations. Contact us by email on info@gcrn.co.uk or by calling 0115 9405705.

You can donate either via Virgin Giving or Paypal via: http://www.lnergcheritagetrust.co.uk/news.