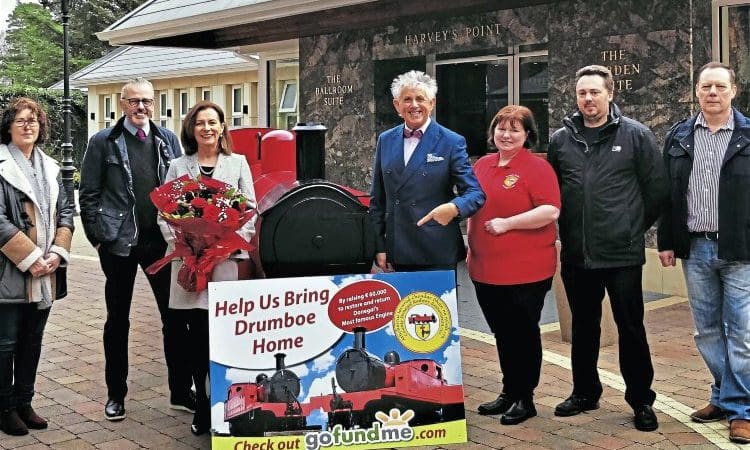 The hotel, situated near to the former Lough Eske station on the CDR’s Donegal-Stranorlar main line, is hosting a third-scale model of the 1907-built Nasmyth Wilson locomotive, which pulled the last CDR passenger train on December 31, 1959 from Stranorlar to Strabane and back.

The model was used at the launch to show what the restored locomotive will look like and will be used to raise awareness during the campaign.

“We launched the campaign on St Valentine’s Day to encourage people to show their love for Donegal and for this unique steam locomotive,” said Donegal Railway Heritage Centre manager Niall McCaughan.