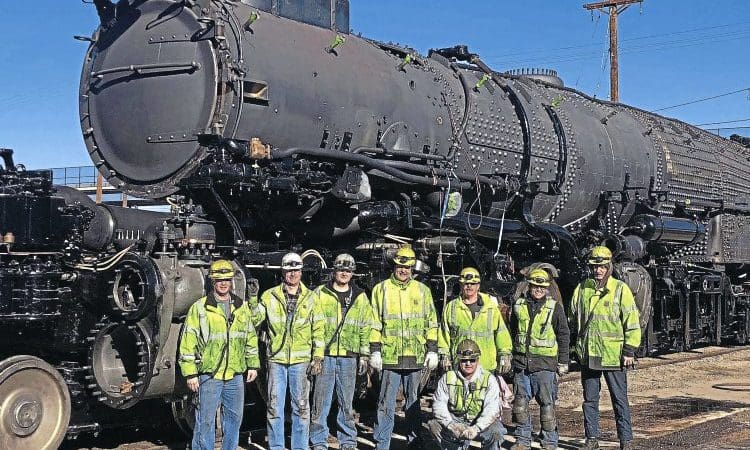 ONE of the legendary Union Pacific ‘Big Boy’ 4-8-8-4s is nearing the end of its landmark restoration to working order, in time for celebrations to mark the company’s 150th anniversary of the First Transcontinental Railroad’s Golden Spike on May 10.

The golden spike was the final spike driven to join the rails connecting the Central Pacific and Union Pacific railroads on May 10, 1869, at Promontory Summit, Utah, and the linking of east and west coast by railroad marked a watershed in both US and global history.

Alco-built 25 4000 class ‘Big Boy’ articulated steam locomotives between 1941-44 for the Union Pacific Railroad. They remained in revenue service until the last one was withdrawn on July 21, 1959.

They were designed to haul freight over the Wasatch mountains between Ogden, Utah and Green River, Wyoming. In the late Forties, they were reassigned to Cheyenne, Wyoming, where they hauled freight over Sherman Hill to Laramie, Wyoming.