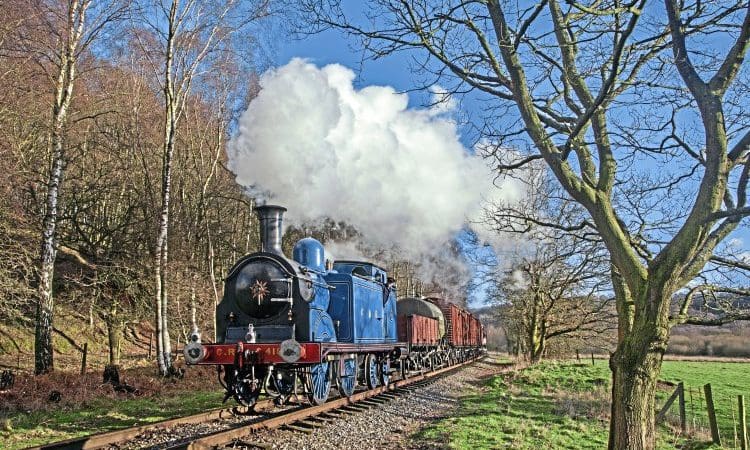 Caledonian Railway 0-4-4T No. 419 has added the Gloucestershire Warwickshire Railway’s Cotswold Festival of Steam to its biggest-ever tour of England.

Before then, making its first-ever visit to the Isle of Purbeck, No. 419 will appear alongside Flying
Scotsman at the Swanage Railway’s March 29-31 Spring Steam Up.

The locomotive was designed by JF McIntosh for working branch lines, fast suburban and banking duties and built by the CR at St Rollox Works, Glasgow in 1907. It was withdrawn by BR as No. 55189 from Carstairs shed in December 1962.

Read more and view more images in Issue 252 of HR – on sale now!