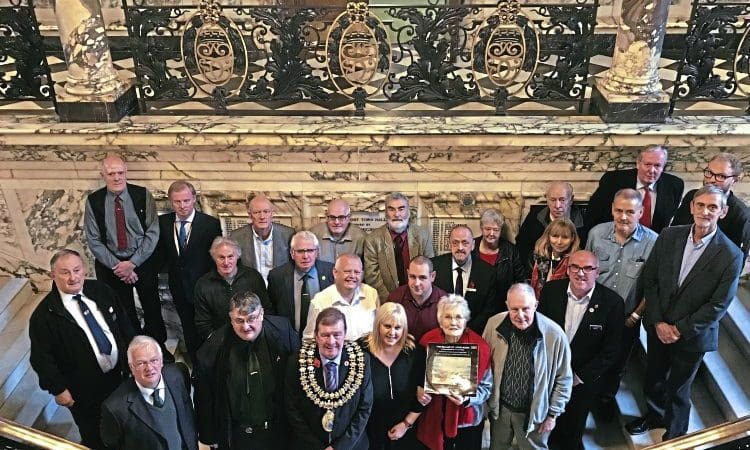 THE Bahamas Locomotive Society organised a civic reception at Stockport town hall to celebrate the 60th anniversary of the 1958 BBC broadcast of the Ballad of John Axon.

The broadcast was an iconic production, way ahead of its time, written by folk singer and writer Ewan MacColl and arranged by his partner Peggy Seeger.

John Axon was the driver of the Rowsley freight train which on February 9, 1957 collided with another train, causing the death of its guard John Creamer.

John was posthumously awarded the George Cross for bravery for staying on the footplate and avoiding an even worse crash further down the line.