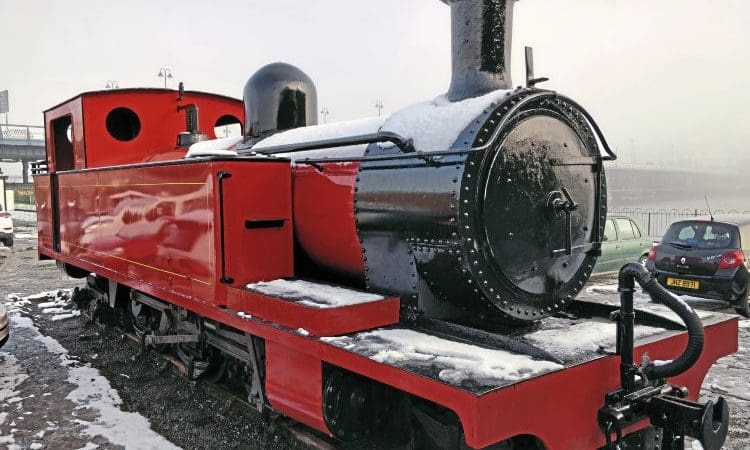 County Donegal Railway 2-6-4T No. 4 Meenglas returned to Derry during snowfall after a £45,000 year-long cosmetic facelift at the Railway Preservation Society of Ireland workshops at Whitehead.

It will now be displayed again outside the Foyle Valley Railway Museum at a new, more prominent location beside Letterkenny Road, in an attempt to attract visitors.

The 1907-built Nasmyth Wilson locomotive has undergone much work, including replating of the tanks sides, cab and bunker, fitting of a new smokebox, door handles, new boiler cladding, replacement dome cover, replica chimney and a full painting in CDR red and yellow lining.

It was welcomed home by Coun John Boyle, Mayor of Derry and Strabane District Council, on Wednesday, January 30.

The museum is now run by Destined, a charity for action for people with learning disabilities. Destined’s Dermot O’Hara said: “The return of Meenglas is a significant event in our seven-year plan to return the Foyle Valley Railway to operating condition as a tourist attraction.

“The RPSI has done a superb job and my thanks go to the society and to the Heritage Lottery Fund.”