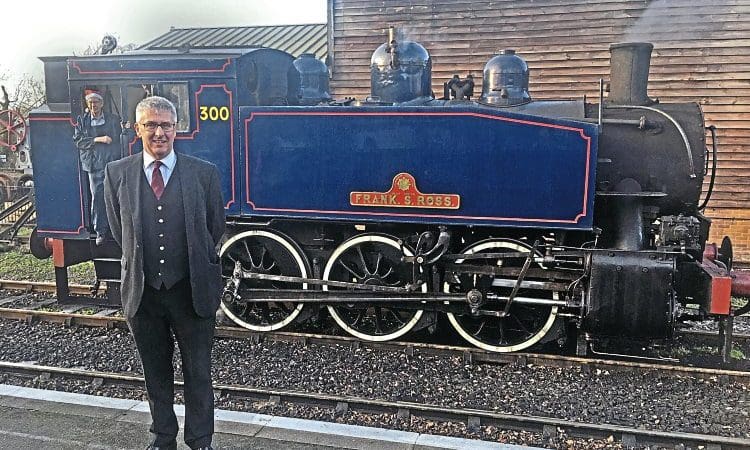 The 61-year-old, who lives in Sandwich with his wife Sandra, a priest, has had an interest in railways since his earliest days. “I am told that as a baby I reacted to passing trains from my pushchair – I think it must be in the blood,” he said.

He began volunteering in the railway’s shop at the age of 12, and in the ensuing five decades has helped to construct and maintain signalling installations, worked on the permanent way and on the railway’s Wealden Pullman dining train, undertaken vegetation clearance, and helped to maintain the 10½-mile line’s telegraph pole route.

He has also fulfilled a number of backroom functions and been a guard on freight and passenger trains, signalman and operations controller.

In his first interview since becoming chairman, Simon told Heritage Railway of the importance of volunteers to the railway, which runs from Tenterden to Bodiam: “We currently have a surprisingly large number of really good young people. We could always do with more, for after all they are our future.