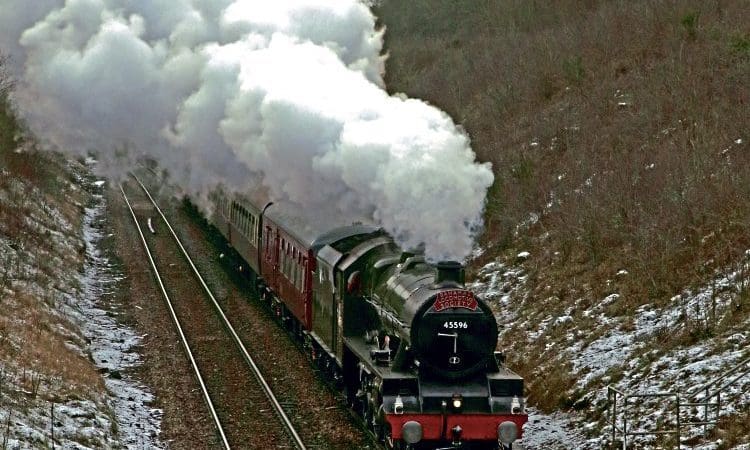 BACK in January the dates for the main line proving runs for newly-outshopped Jubilee 4-6-0 No.45596 Bahamas were continually pegged back, mainly it was understood, due to TPWS problems.

At least six trips were pencilled in from January 15 – a Tyseley to Stratford-upon-Avon trip for starters, followed by a run around the Tyseley circuit taking in Leicester and
Burton-on-Trent.

With a commitment to run its post-overhaul inaugural railtour from Oxenholme to Carlisle on Saturday, February 9, pressure was mounting on Bahamas Locomotive Society chairman Keith Whitmore and the society’s membership as Tyseley grappled with a stubborn TPWS system.

On January 29, the 4-6-0 was booked to make a keynote trip to Keighley, near the Ingrow West home of the society. With time running out, the train was cancelled.

As the end of the month loomed, the engine got the thumbs-up and made a light load run to Stratford on Thursday, January 31.