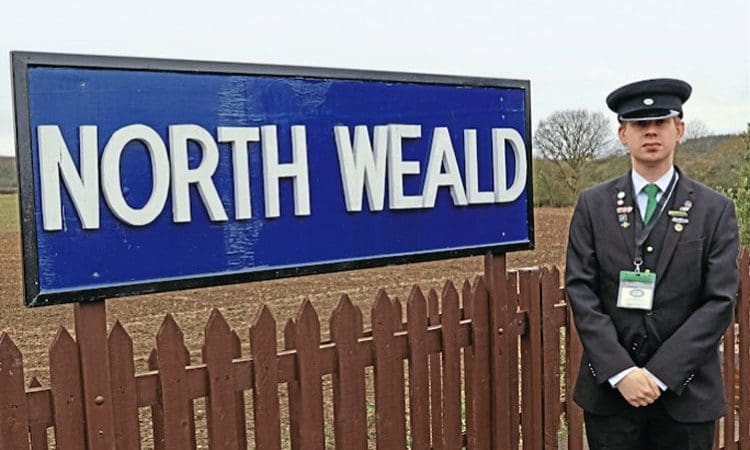 Adam Carpenter shares his experiences of volunteering as a booking clerk and porter at the Epping Ongar Railway on the increasingly-popular Essex heritage line.

My very first real railway memory involves heritage traction. In 1993, at the age of seven, I attended an event to mark the 100th anniversary of the opening of the short line from Romford to Upminster. I was by no means an expert on any form of traction and it would be many years before I learned that the vintage unit I had travelled on was No. 306 017, the sole survivor of the first electric multiple units to operate out of London Liverpool Street.

For my ninth birthday, instead of doing the more ‘conventional’ things that a boy of my age might do, I took a trip to Liverpool Street station to see the trains at the tail end of the Network SouthEast era.

My secondary school was located by the Great Eastern Main Line, so my attention was frequently diverted by the array of interesting traction which ran past at speed – classes 170, 312, 315, 321 – and my personal favourite, the green and white livery of Anglia Railways with its Class 86s hauling Mk.2s.

I admit I am a bigger fan of diesels and electrics, particularly the earlier ones, over ‘kettles’, although I do appreciate a good Merchant Navy Pacific.

Over time, my interest drifted away from the railways, with my teenage years taken up by the plastic and metal model figures of Games Workshop. However, I never fully dropped my interest and family holidays often involved a trip to a central railway station of the European city we were staying in.