A gauge one electric model of Union Pacific Big Boy class No. 4005 will dominate in every sense a Vectis model train sale on June 15. One of a limited production of four made by Samhongsa of South Korea for the American retailer Row & Co, the model of the articulated 4-8-8-4 is 4ft 1in long and described by Mike Delaney of Vectis as “mightily impressive.” 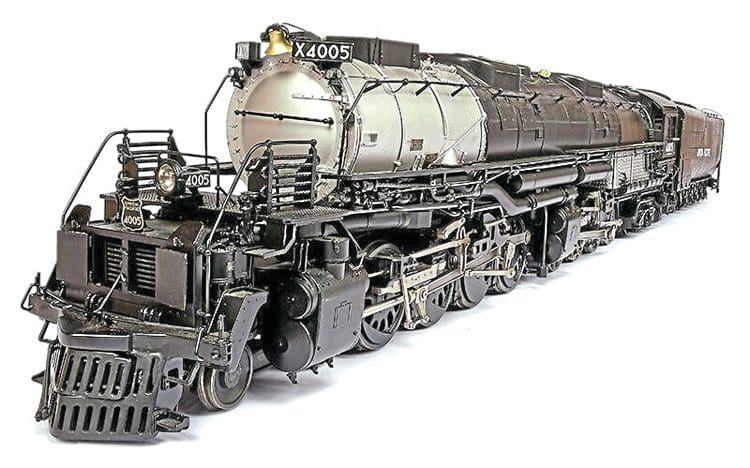 The 25 members of the Big Boy class were built for Union Pacific at the Alco works in Schenectady, New York state, in two stages in 1941 and 1944. They weighed 558 tons, had a tractive effort of 135,375lb ft, and were capable of pulling 8000-ton freight trains at up to 60mph, their regular workings being over the Wasatch Mountains between Wyoming and Utah which rise to nearly 12,000ft. They were all withdrawn by July 1959, and eight are preserved, including No. 4005 at Forney Transportation Museum, Denver, Colorado.