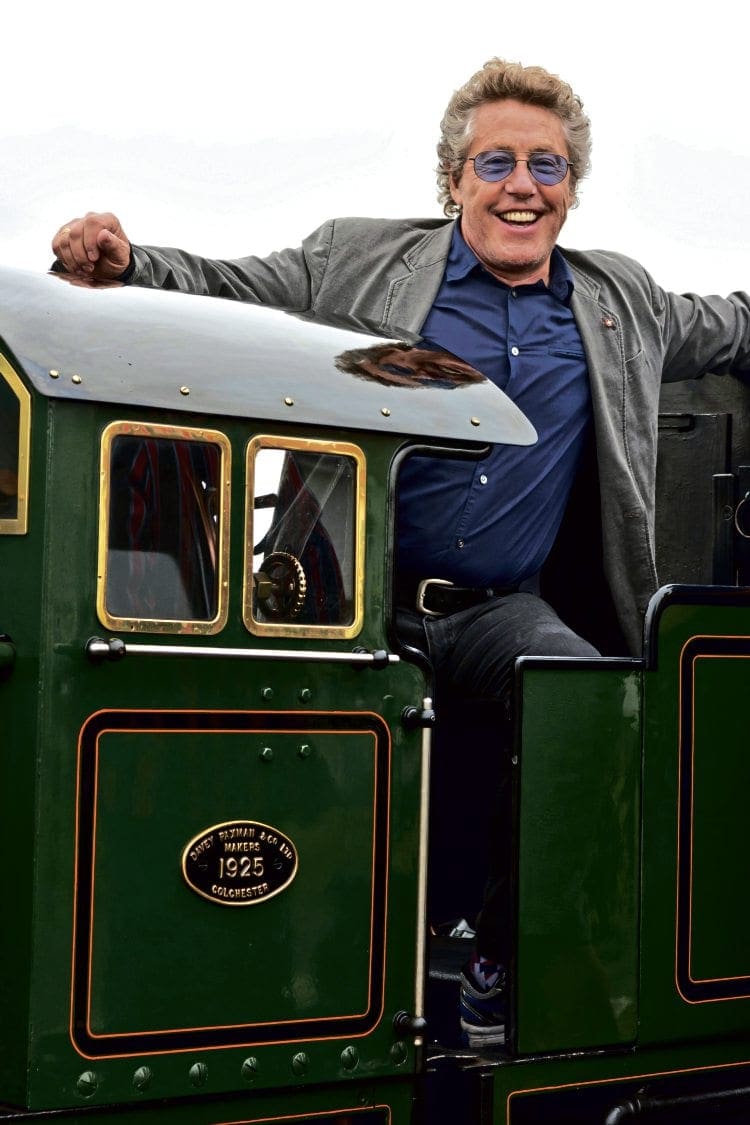 On Tuesday, August 2, as hundreds of enthusiasts and fans packed the platform, the rock legend alighted from a special train and officially unveiled a plaque to mark the completion of the railway’s recently upgraded End of the Line Restaurant at the Dungeness station, which replaced the previous wooden structure.

The 72-year-old star, who first visited the line in 1956, said: “It’s a real working railway. It takes people to those towns and kids to school. It works, it earns a living, but it’s absolutely magical.”

Read more in the latest issue of Heritage Railway

ABOVE LEFT: Roger Daltrey in the cab of Davey, Paxman Pacific No. 2 Northern Chief, which hauled the special train to Dungeness. The Who’s 1971 hit 5.15 was about a train journey from London to Brighton. RHDR