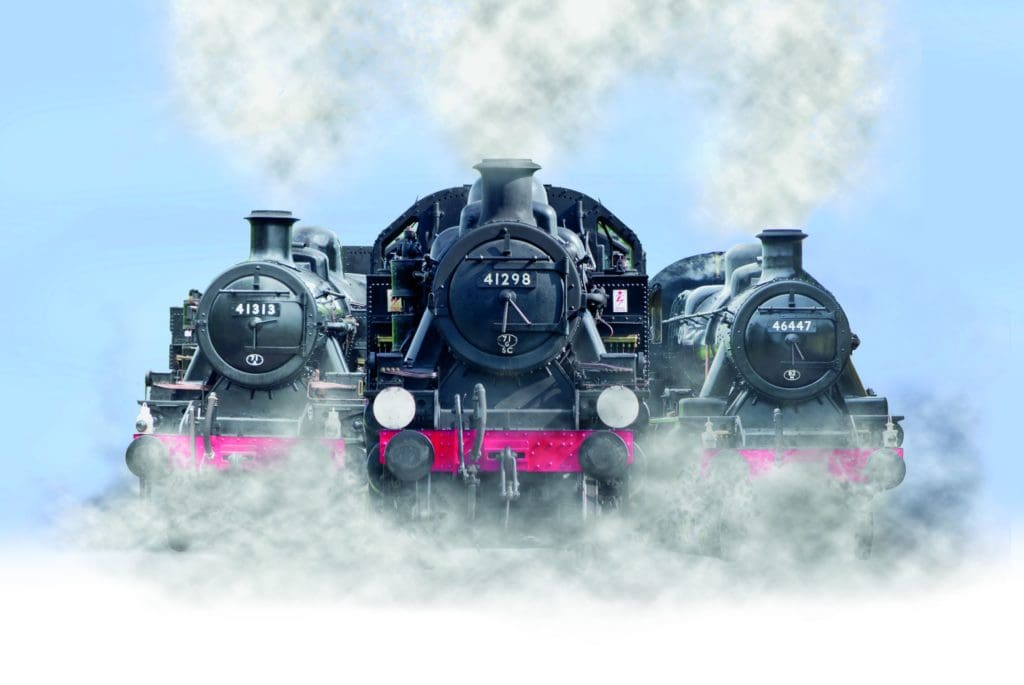 The Isle of Wight Steam Railway is set to welcome back one of its iconic Ivatt locomotives. On Tuesday, October 24 Ivatt Class 2 2-6-2T No.41313 will be on board the 3pm Wightlink sailing from Portsmouth to Fishbourne.

Between 2006 and 2008 three Ivatt locomotives 41298, 41313 and 46447 were relocated to the Isle of Wight Steam Railway by the Ivatt Locomotive Trust. The ownership of all three was subsequently and generously transferred to the railway.

Ivatt Class 2 2-6-2T No.41313 is the last of the three to return to steam. The railway contracted the East Somerset Railway (ESR) to overhaul 41313 on a commercial basis at its Cranmore workshop. On June 24 last year the locomotive was launched into service on the ESR for tests and trials.

Overhauled at Havenstreet, 41298 can be seen in regular use hauling passenger services at the Isle of Wight Steam Railway. However, 46447 is not suited to regular use on the island’s preserved railway so in October 2012 it was moved to the ESR on a loan deal with an agreement the team there would restore it to running order. In October 2014, 46447 hauled its first passenger service on the ESR  – where it remains on long term loan.

To celebrate the restoration of No. 41313 the Isle of Wight Steam Railway has announced an Ivatt Gala to be held on the late May Bank Holiday weekend – May 26 – 28.

The railway has confirmed No. 41313 will be operating alongside 41298 during the course of the weekend. It has also been agreed the Isle of Wight Steam Railway-owned No. 46447 will come to the Island from the East Somerset Railway for this historic event.

This is the first time a tender locomotive has been seen or run on the Isle of Wight.

Peter Vail, general manager at the Isle of Wight Steam Railway said: “When the three Ivatts were transferred to us 10 years ago the thought of seeing all three preserved and back in steam was almost an impossible dream.

“Assisted by our excellent and close working relationship with our friends at the East Somerset Railway, that dream is now a reality. The Ivatt Gala planned in spring 2018 is a fitting celebration and to bring No. 46447 over for the gala is the icing on a wonderful cake!

“The Isle of Wight Steam Railway is hugely grateful to Peter Clarke and Roy Miller who were the Ivatt Locomotive Trust. It was Peter and Roy’s generosity and support for our railway that brought these locomotives to the island – and transformed the locomotive power of our railway.”

Please note there is NO ADMISSION ONLY available for this event.

All tickets are valid for one day. Please see terms and conditions.