In addition to the phenomenal boosts that heritage railways bring to local economies, not to mention their multiple educational and cultural benefits, they also play a key role in performing arts, in terms of location filming both for big-screen movies and TV productions.

Possibly the best known in this respect is the Keighley & Worth Valley Railway by virtue of its use for the setting of EMI’s blockbuster The Railway Children in 1970. Nowadays, many heritage lines have been given starring and essential roles in productions, for they are no less than a linear stage, a perfect setting for producers. 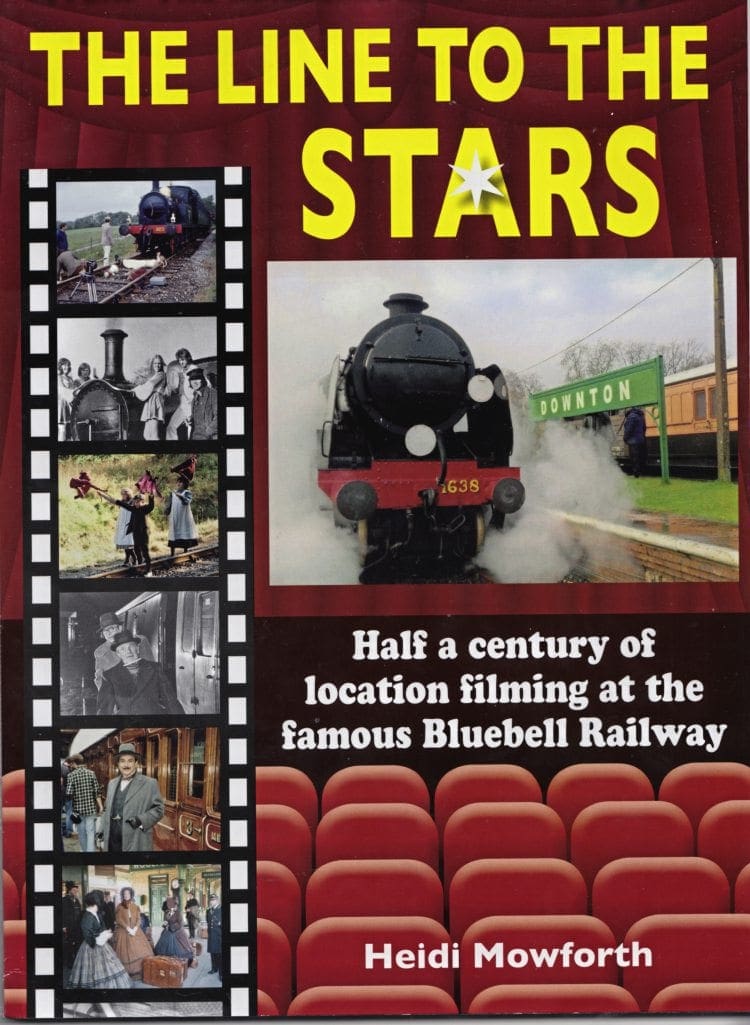 The Bluebell Railway, on which a TV version of The Railway Children was also filmed, has long established itself as a significant filming location. The first production to make use of it was The Innocents in 1961, 10 years before the big screen elevated the KWVR into the big time.

More recently, in 2013, the Sussex line provided the setting for scenes in Muppets Most Wanted.

We see the late Poet Laureate John Betjeman at Horsted Keynes station while filming Metroland, Crackerjack’s Peter Glaze and Don Maclean on the footplate of a SECR P class 0-6-0T and an advert for a new Ford Escort being filmed at Horsted Keynes in 1980, the year when singer Sheena Easton took the morning train over the line. And there’s much, more, more.

This book is a fascinating journey of rediscovery into a classic steam railway’s second life on the silver screen and the seemingly-infinite number of parts it has played.

Most importantly, it highlights another aspect of the contributions to our lives and society that heritage lines continue to make. In that respect, the volume shows that the Bluebell is well up there on the railway A list. CLASSIC DRAMAS REMEMBERED