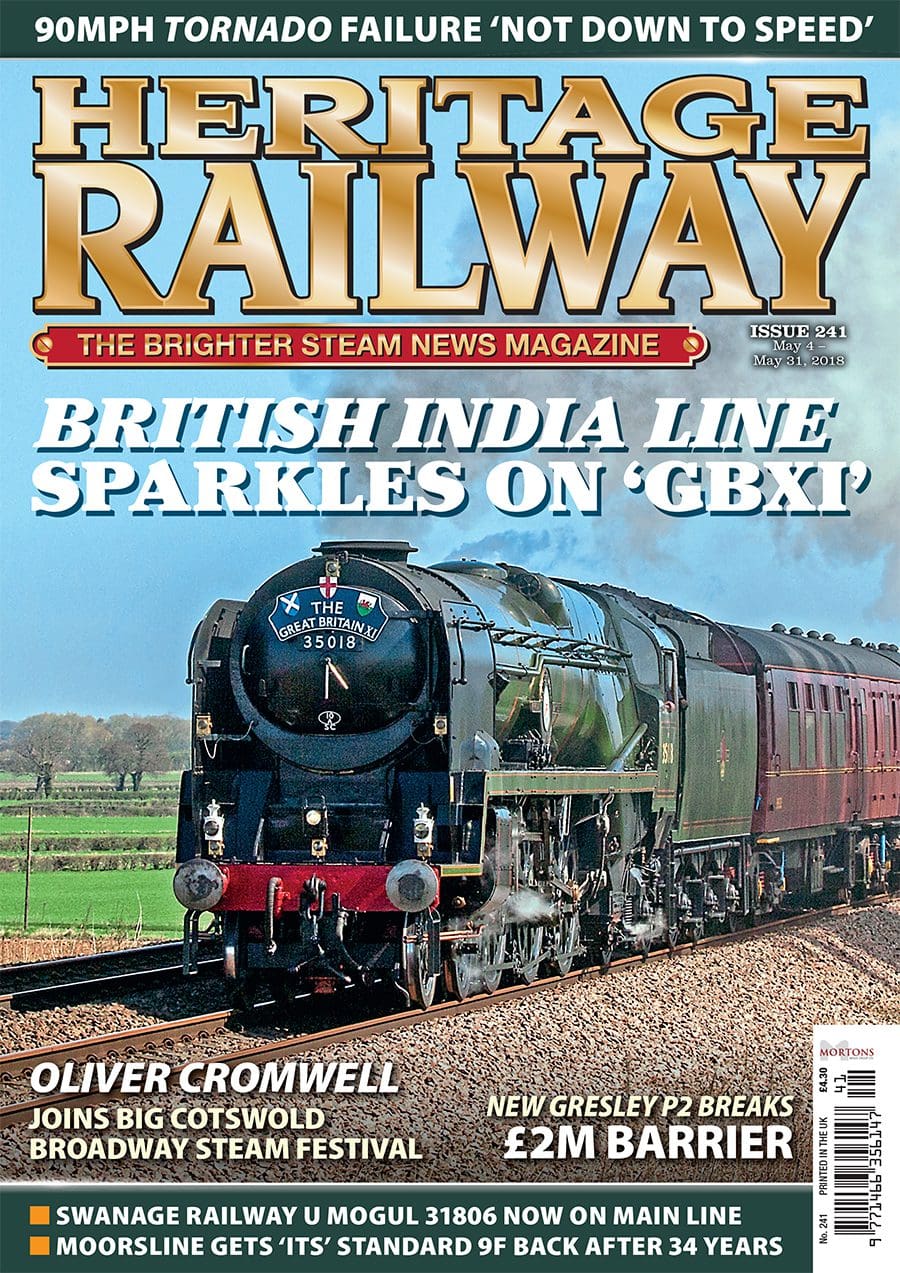 With steam from King’s Cross to Victoria via Kyle of Lochalsh, Llandrindod Wells and Swanage, using seven different steam engines, this year’s ‘Great Britain’ tour was as ambitious as its predecessors. As Brian Sharpe reports, it was again a great success, if not quite as originally expected.

The last few years of BR steam were a fascinating time for young steam enthusiasts. John Bailey recalls holidays in the 1960s involving shed visits in various parts of Britain.

It is not often that a railway books a visiting engine for a gala which turns out to be unavailable and even rarer for its replacement to be unavailable as well. The third choice engine turned up though and Brian Sharpe reports on another successful event on the North Norfolk Railway.

Imagine a steam shed that closed with the doors shut and locked leaving behind a large variety of locomotives sitting over the pits and in the roundhouse? John Titlow reports on how, 10 years later with a small amount of maintenance, it opened as a museum – Museu del Ferrocarril de Catalunya, Vilanova i la Geltru.