I was so pleased to learn (issue 21) that my late friend Diana Clementson had been honoured by the refurbishment and renaming of dining car No. 4779 Diana on the Churnet Valley Railway. 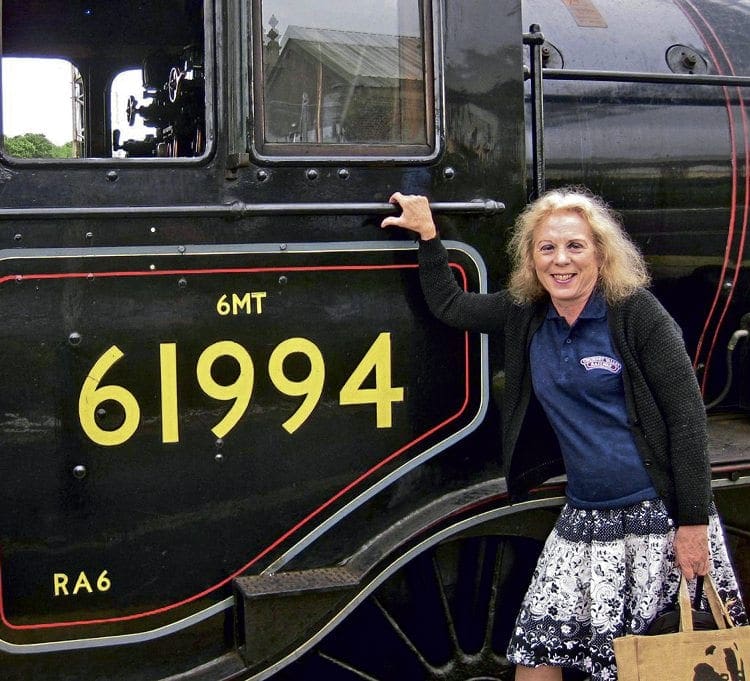 Di and I had been good friends since we first met in the 1970s, and had many railway adventures together, including some unofficial footplate rides (not on the Churnet Valley Railway!).

She had volunteered on various heritage railways before settling on the Churnet Valley, which was her last and greatest love.

Living in Nantwich, she even bought a static caravan on a site near Cheddleton so that she could be on the spot for early turns on the engine, sometimes bringing her adored cat Oscar to stay with her.

The photograph showing Di’s famous infectious smile was taken only three weeks before her death, and shows her at Chester station about to join the Railway Touring Company’s ‘Welsh Mountaineer’ railtour to Blaenau Ffestiniog, hauled by No. 61994 The Great Marquess.