I was interested to see the picture in Platform, issue 238, of the Christmas card submitted by Heritage Railway reader Mike Sanderson, depicting D49 4-4-0 No. 246 Morayshire – but with a non-matching extra GWR tender!

My little grandson had the misfortune to be given a jigsaw puzzle with the same picture. Although he is only five, he did remark on the non-matching extra tender. He also noted the cab roof extending to the far end of the first tender. 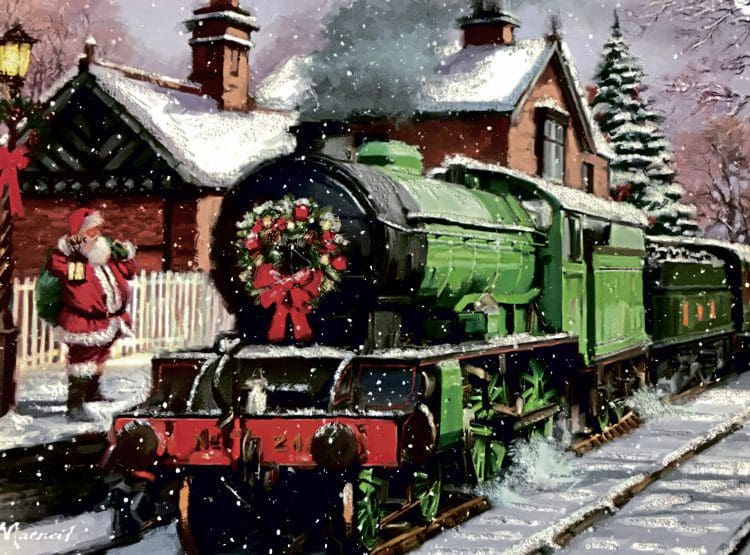 The jigsaw, rather larger than the card, allowed closer examination of details – the elliptical front bogie wheels, (not surprising after running over the lump in the track partly visible under the (first) tender), the skewed bogie frame and the non-radial spokes on the driving wheels.

In Don Breckon’s book Great Western Railway, he says: “Although the painting is not a technical illustration, it must have the air of truth to the subject.” This illustration fails that test.

In Konrad Lorenz’s book King Solomon’s Ring, he says: “The greatest sin against the spirit of true art is to use artistic licence as a specious excuse for ignorance of fact.” I think the picture exhibits a great deal of such ignorance.

The puzzle is marketed under the WHSmith brand and I presume the picture was commissioned by the company to use for cards, puzzles and possibly other festive things. I cannot imagine what development process allowed such a fault-ridden image ever to see the light of day.

And my grandson’s jigsaw? Should we feel guilty about passing it on to a charity shop? Would it be better to put it straight into the recycling bin?