Nameplate Ketley Hall from GWR No. 4935 may have been overall champion at GW Railwayana’s
March 17 sale at Pershore thanks to its £4000 realisation, but a couple of other items did their best to reach the top of the podium.

They were Western Region totem sign Ashchurch for Tewkesbury, from a station on the Cheltenham-Bromsgrove line that opened in 1840, closed in 1971, reopened in 1997, and is now used by nearly 100,000 passengers annually (£3600), and a previously unknown GWR Weston-super-Mare poster (£3500).

Returning to the nameplate selection, Usk Castle from GWR No. 5032 failed to sell under the hammer, but had gone the following day for £8480, while similarly, one of its cabside numberplates went to a new owner after the end of proceedings for £2000. Also in the nameplate category, Will from a colliery 0-6-0T built by Andrew Barclay in February 1904 (works No. 999) kept the industrials’ flag flying with a price of £1450. 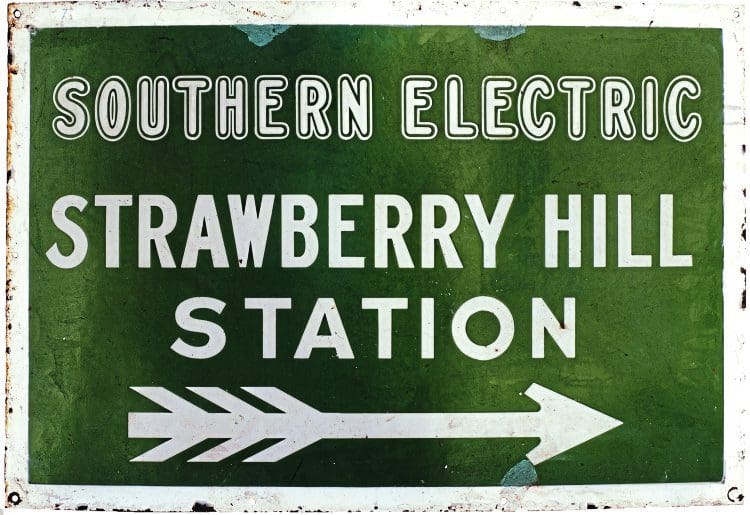 Clocks and watches enjoyed the day, doubtless much to the delight of GW Railwayana director and auctioneer Simon Turner, a dedicated and knowledgeable horologist. Top of this particular pile was a GW & GC Joint Railway 12in clock at £2700, closely pursued at £2600 each by two guards’ watches, a circa 1837 London & Birmingham Railway example and another from the Isle of Wight Railway dating from 1867, while a Rhymney Railway 12in clock wasn’t far behind (£2300).

“Warnings of snow affected the attendance a little, but we had a great day,” said Simon as one and all made for home with one eye on the weather. “We had a good mixture, and clocks and watches were fantastic.”

Read more News and Features in Issue 240 of HR – on sale now!