By Dave Rodgers and Robin Jones

ONE of the world’s most iconic steam locomotives – South African Railways Class 26 4-8-4 No. 3450 ‘Red Devil’ is to be restored to working order.

In mid-March the locomotive, which has stood out of use in a secure part of Cape Town’s Monument station for a decade, was removed and towed from Bellville to Worcester depot for overhaul. 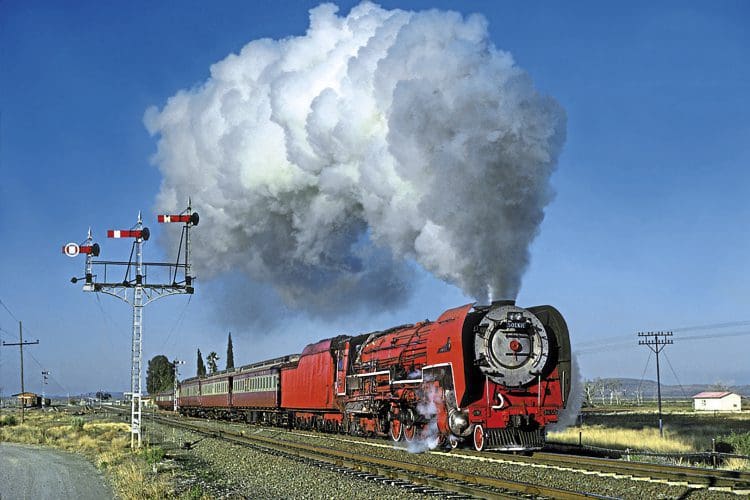 It had been the intention to take the locomotive to Voorbaai depot at Mossel Bay, where a team led by Bobby Rudman, has been instrumental in recently overhauling several 19D 4-8-2s and 19B No. 1412. However the severe curvature on the line east of Ashton precluded taking the Red Devil and so the repair team will undertake the work at Worcester.

Already four four-day/three-night trips have been advertised from Cape Town to the wine-growing area at Robertson although, as the locomotive will remain coal-fired, the Red Devil’s use will be restricted to the low fire risk months of May to August in the Western Cape.

No. 3450 was originally a standard Class 25NC 4-8-4 until rebuilt and converted at Salt River Works, Cape Town in 1981 under the direction of English mechanical engineer David Wardale.