Southerner up north: Southern Railway Schools class No. 926 Repton has been enjoying its first winter services for a number of years, following its return to steam on the North Yorkshire Moors Railway last summer after a three-year overhaul. 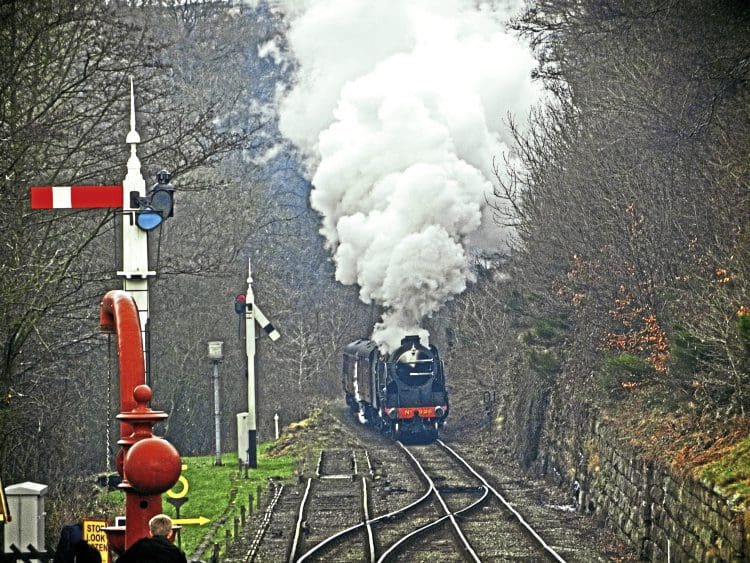 The Richard Maunsell-designed 4-4-0, seen here on February 12 storming into the railway’s Goathland station at the end of the challenging 1-in-49 gradient from Grosmont with a Pickering-bound train, was built at Eastleigh in May 1934 and saved for preservation after being withdrawn from Basingstoke (70D) in December 1962.

Following restoration at Eastleigh, it was shipped across the Atlantic for spells in both the United States and Canada before returning to the UK in 1989 for its new home at the NYMR, where it has proved to be a popular member of the railway’s stable of steam locomotives.

No. 926, named after a Derbyshire independent school and numbered 30926 by BR, is a member of the last 4-4-0 class to be designed in Britain, while a tractive effort of 25,135lb made it the most powerful class of steam engines with this wheel arrangement ever produced in Europe. GEOFF COURTNEY

Read more News and Features in Issue 239 of HR – on sale now!