Many villages have heritage centres, often sited at their long-closed railway stations. Hugh Dougherty visits a village heritage centre that demonstrates how it should be done.

Village heritage centres can be a mixed bag, when it comes to portraying local railway history, and much depends on funding, who’s involved, how much prominence local railway heritage receives alongside other aspects of rural life, and how professionally artefacts are presented. 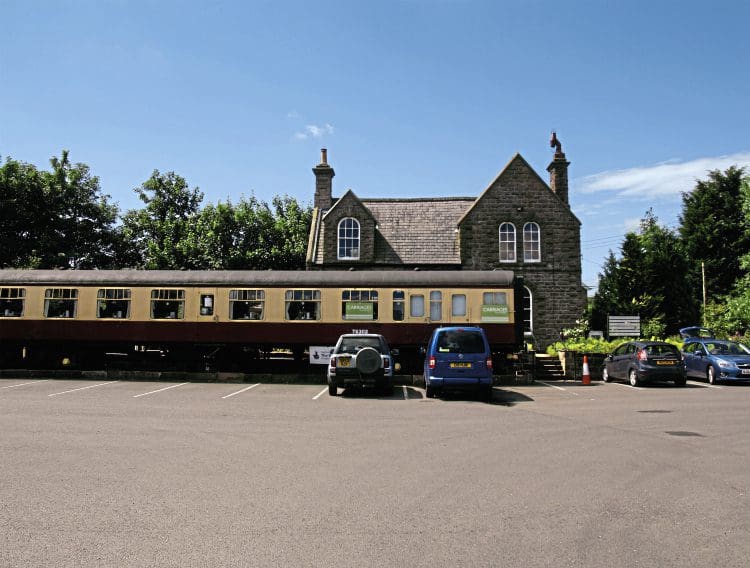 If you want to experience a model of its type, however, make tracks for Bellingham Heritage Centre in Northumberland, situated on the village’s station site, where the original platform and buildings survive. There, you’ll be able to tap right into the life and times of the much-lamented Border Counties Railway which linked Hexham with Riccarton Junction on the Waverley Route, crossing some wild country en route.

The fact that your first sight of the centre will be through the original entrance into the station yard is a good omen, for, there, by the platform, and giving the distinct impression that there might still be a train service are two, restored ex-BR 4-TC survivors, in the shape of Nos. 76301 and 76302, originally built at Swindon as Mk. I TSOs.

Both coaches were brought to the centre in 2011, after the Aln Valley Railway Trust laid a length of bullhead track alongside the platform, and following a Heritage Lottery Fund £180,499 grant, both to underline the station’s rich railway heritage, and to provide premises for Carriages Tearoom, which serves teas and lunches year round.

Some of the carriage windows are also used, imaginatively, to display pictures of the station in its heyday, while the station’s original corrugated iron waiting centre still stands alongside the train on the platform, further adding to the air of authenticity.

The original, cut-stone station house now in use as offices, completes the illusion that the last train has yet to leave the station.

Bellingham Heritage Centre itself is housed in separate building at the end of the platform, designed to blend in with the railway theme of the site and staffed and run entirely by local volunteers, who also provide a tourist information office service.

It provides displays on the railway, local industry, the area’s experimental Brown Rigg Camp School, the life, work and shop of Bellingham village photographer Percy Collier, who, as part of his professional activities, photographed local railway extensively, a smithy and agricultural exhibits.