A trio of GWR Halls joins a Grange, Star, SR West Country, and LMS Patriot and the inevitable Jubilee in the headline nameplate category at Great Central’s December 2 sale.

The cabside numberplate from No. 6950 is also being sold, separately from the nameplate. 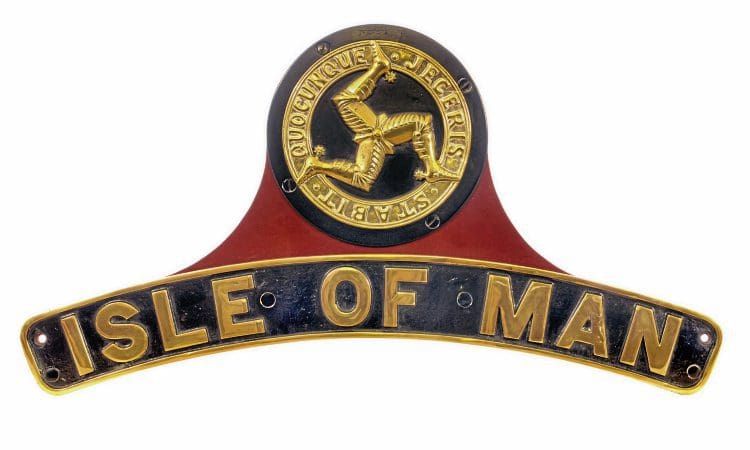 Making up the GWR contingent are British Monarch from Star 4-6-0 No. 4021 and Morfa Grange from No. 6866. The Star started life in June 1909 as King Edward but was renamed The British Monarch in June 1927, with the ‘The’ being removed in October that year.

The sole SR representative is Callington, with West Country Class scroll, from No. 34047, a light Pacific that emerged from Brighton in November 1946 as No. 21C147 and was withdrawn from Bournemouth (70F) in June 1967, a month before the end of Southern steam.

From the LMS come Isle of Man with badge, carried by Patriot No. 45511 built in September 1932 and withdrawn from Carlisle Upperby (12B) in January 1961, and Howard of Effingham.

This latter plate is from Jubilee No. 45670 – built in December 1935 and withdrawn from Stockport Edgeley (9B) in October 1964 – that was named after a 16th century baron who was Lord Admiral and served on diplomatic missions for four monarchs.