It is 82 years since the Lynton & Barnstaple Railway closed, and 38 years since a revivalist association was formed. One of its core mission statements was to restore the legendary line exactly as it was – and thanks to the culmination of a £650,000 new build locomotive project, now has a complete ‘original’ train. Mission accomplished, writes Robin Jones, with pictures by Tony Nicholson.

At its opening in May 1898, the 2ft gauge Lynton & Barnstaple Railway had a fleet of three distinctive Manning Wardle 2-6-2Ts, but was still one locomotive short.

However, the new line could not find a British supplier to build one there and then. Between July 1897 and January 1898, many workers at UK engineering companies were striking in order to achieve an eight-hour working day, and locomotive buildings were left with a hefty backlog of unfulfilled orders.

There was a solution at hand – look across the Atlantic! The L&B directors ordered a 2-4-2T from Baldwin of Philadelphia, which drew up a unique but decidedly American outline locomotive. 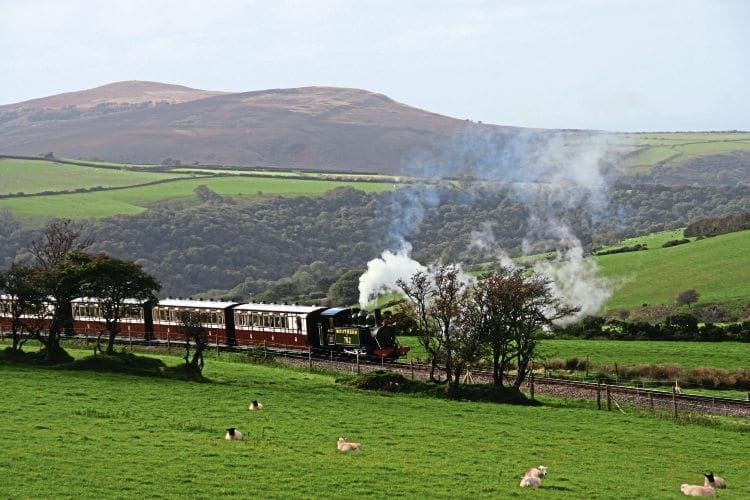 Fairly soon, it was shipped as a kit of parts to Barnstaple, and was assembled at the L&B’s Pilton Works and steamed for the first time on July 23, 1898.

The locomotive, often referred to as “the Yankee” by L&B staff, was, in accordance with the line’s policy, named Lyn after a local river with a three-letter name.

Five years after the Grouping of 1923, when the L&B became part of the Southern Railway, Lyn was taken to Eastleigh Works for a major overhaul, and came back in Southern green livery and carrying the number E762 on the side tanks, as well as the original nameplates on the cabsides.

Right: Lyn hauls its train back to Woody Bay on September 29 while the sheep munch on, oblivious to local transport history being made. Who said steam trains would disturb the livestock? An extended and very much eco-friendly railway would give visitors the chance to experience the Exmoor landscape without footfall or taking the car down narrow lanes.