GWR nameplates from a Saint and Bulldog, a Southern Railway offering from a Schools class 4-4-0, and a pair from across the Irish Sea, are among the headline acts in GW Railwayana’s November 18 sale at Pershore.

The Saint is Tortworth Court, from No. 2955, named after the Victorian mansion home of GWR director the Earl of Ducie, in Gloucestershire. The 4-6-0 was built at Swindon in April 1913 and made it into BR ownership, being withdrawn from Weymouth (82F) in May 1950. 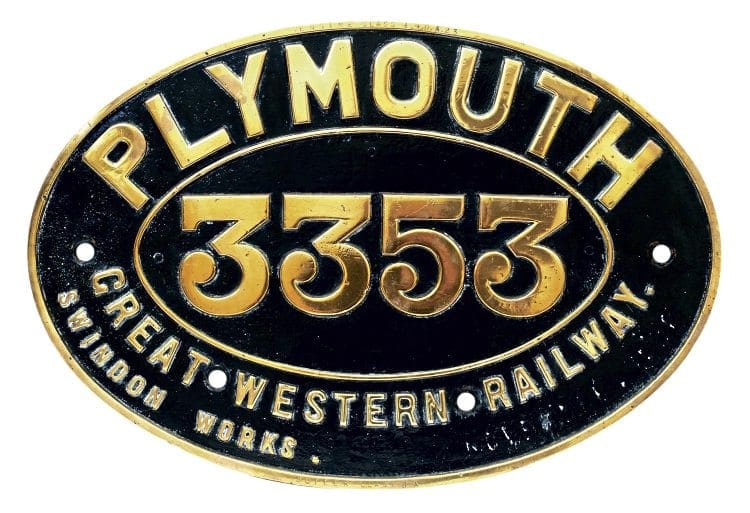 Another 4-4-0, SR Schools class No. 30932, weighs in with Blundell’s, named after an independent school in Tiverton, Devon, which was founded in 1604.

The Eastleigh-built loco entered service in February 1935 and was withdrawn from Ashford (73F) in January 1961, its 26-year railway career contrasting with the 37 years of the Saint and 46 years of the Bulldog.