A 7¼in gauge live steam model of GWR No. 6860 Aberporth Grange, featured in Heritage Railway issue 232, was the runaway success in a Dreweatts transport sale of live steam models at Newbury on September 20, with a realisation of £60,000.

Built by leading modelmaker David Aitken and described by Dreweatts’ steam and model engineering consultant Michael Matthews as one of the best railway models he had ever seen, the 4-6-0 sold for more than twice the price of the runner-up, a 5in gauge model of Class 9F Crosti-boilered 2-10-0 No. 92024, which went under the hammer for £20,000. 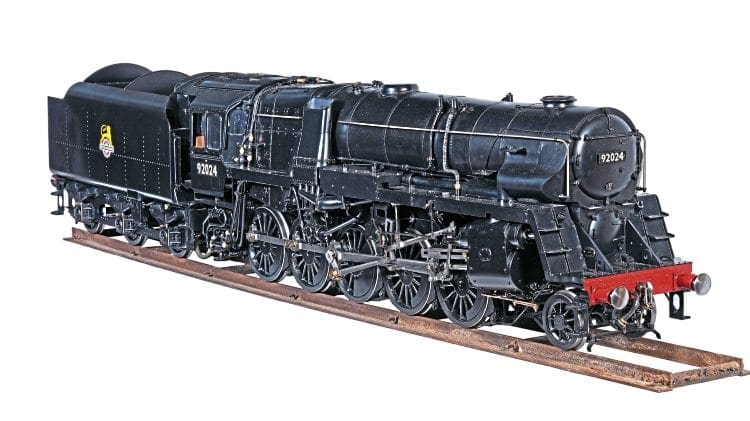 Michael Matthews said: “The hall was packed and there was quite a lot of bidding on the telephone, and seven registered bidders from the US. Up to 5in gauge sold very strongly, as shown by the two 9Fs.”

Read more News and Features in Issue 234 of HR – on sale now!