THE Welshpool & Llanfair Light Railway lit up the skies above Powys as part of celebrations for a very special year.

One of the highlights of the 2ft 6in-gauge line’s September 1-3 gala was the firework display on the Saturday night, laid on by Electrify Pyrotechnics.

The final train of the day set off from Welshpool (Raven Square) as fireworks were set off at every station it passed en route over the eight miles to Llanfair Caereinion. The aerial display commemorated the fact that in 2017 the line has been operated by revivalists for a year more than its previous three owners combined.

The railway was opened in 1903. It was operated by the Cambrian Railways, which passed to the GWR at the Grouping in 1923. After Nationalisation in 1948, the GWR became British Railways Western Region, which closed the line in 1956, making a total of 53 years.

The revivalist company restarted services in 1963, and have now been running them for 54 years. 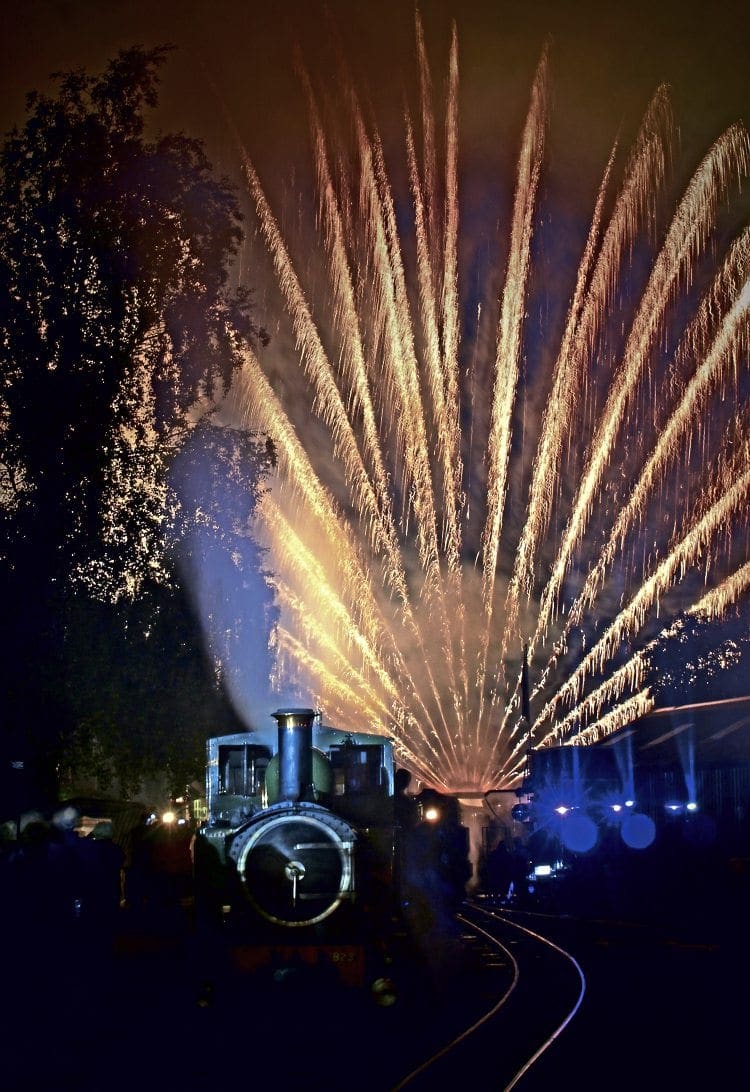 The gala was attended by around 3600 visitors, most of them coming on the Friday and Saturday, while the Sunday suffered from poor weather.

The star guest for this year’s event was Bagnall 0-6-2T No. 2624 of 1940 Superb from the Sittingbourne & Kemsley Light Railway. which shares the same gauge. It was believed to be the first time it had visited another line.

Right: Fireworks lit up the skies above the entire length of the Welshpool & Llanfair Light Railway on September 2. ANDREW CHARMAN/WLLR