A George Cross awarded to hero steam express driver Wallace ‘Wally’ Oakes, who 52 years ago sacrificed his life saving his passengers from a potential catastrophic accident, was bought for £60,000 by the National Railway Museum at an auction in Warwickshire on September 2.

The price equalled the world record railwayana realisation, set in Sheffield in 2004 by nameplate Golden Fleece from A4 Pacific No. 60030.

Oakes was awarded the medal after an incident on the footplate of Britannia No. 70051 Firth of Forth on the West Coast Main Line at Winsford, seven miles north of Crewe, on June 5, 1965.

Aged just 33 and a railwayman for 18 years, he was driving the Standard Pacific on the 10.42am Euston-Carlisle express, which he and his fireman Gwilym Roberts had taken over at Crewe, when the fire blew back from the smokebox as it passed Winsford station at 55mph.

The cab was quickly engulfed in smoke and flames and Roberts managed to climb out of the cab and cling onto the locomotive, but despite the horrific conditions, Oakes remained at the controls and brought the train to a halt, an act of bravery that prevented the possibility of a major accident.

Once he had stopped the train Oakes fell off the footplate, and Roberts found him on the embankment with his clothes burned off and suffering 80% burns, but still alive.

Despite being badly burned himself, the fireman managed to telephone a signalman and the southbound ‘Royal Scot’ was stopped to pick up the two badly injured men. 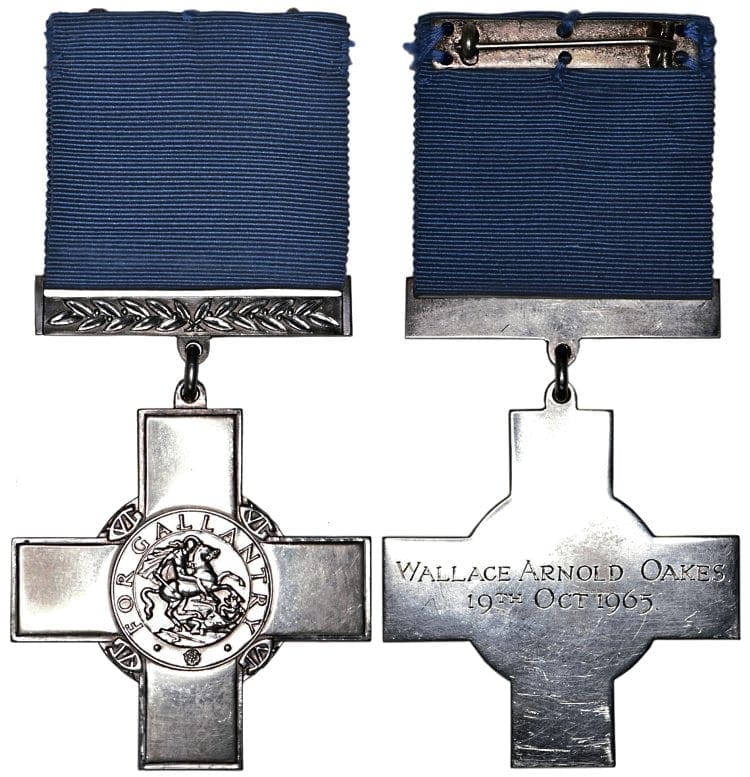