A nameplate from Bulleid Pacific No. 34072 257 Squadron reinforced the status of the class as firmly in the elite category by selling for £33,500 at Great Central’s auction at Stoneleigh on June 3.

To some these SR Battle of Britain class plates are not the most aesthetic, but when, as in this case, they are accompanied by the squadron badge, they are almost unbeatable.

On another day GWR broad gauge nameplate Timour may have been the star lot, but this 168-year-old survivor had to content itself with the runner-up spot, albeit at the respectable price of £19,000. The plate was originally carried by an Iron Duke class 4-2-2 built in August 1849 and withdrawn in 1871, before being reused on another 4-2-2 built in July 1873, a member of the Rover class that was withdrawn in 1892. 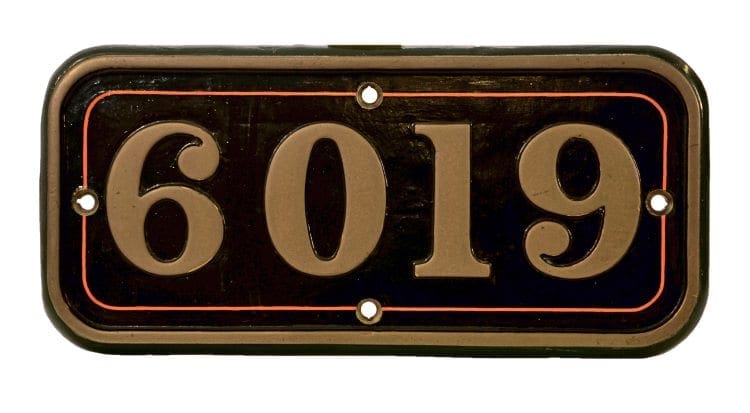 It had been in the same family for 125 years, and was the first broad gauge plate to be sold by Great Central.

The leading totem station sign, from Goudhurst on the Paddock Wood-Hawkhurst branch, sold for £9200, and smokebox numberplates were headed by 46257 from LMS Princess Coronation City of Salford (£6100), a smidgen ahead of the top worksplate, from LNER A3 Pacific No. 60094 Colorado (£6000), and a Lynton & Barnstaple Railway Blackmore-Wooda Bay single line tablet, which went for £5800 after a drawn-out battle between two telephone bidders.

“Prices were generally high, and some extremely so, such as totems, which are having a renaissance, and some of the worksplates and shedplates.”