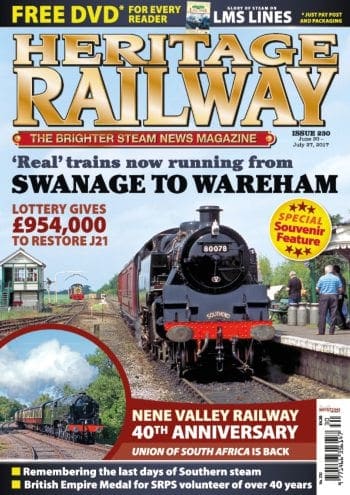 With Full Regulator
Don Benn reports on high speed Southern steam performances on the Southern in the Sixties.

Up & Running
Guide to railways running in July.