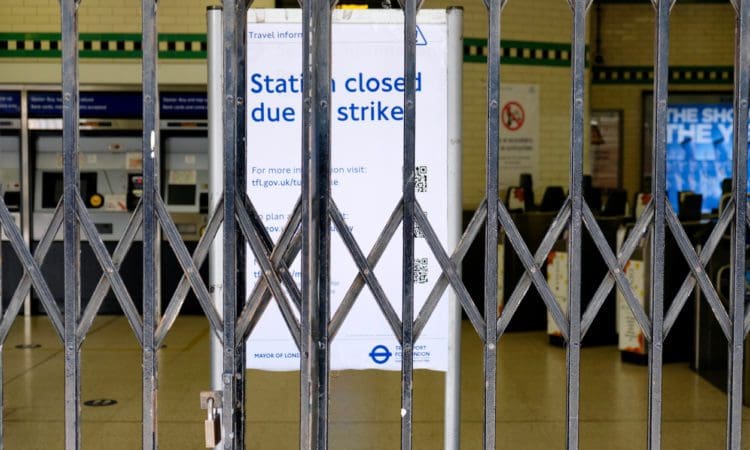 More rail workers are to strike later this month in worsening disputes which threaten travel chaos for passengers.

Unite announced that its members employed by Network Rail (NR) as electric control room operatives will join other rail unions in taking action on August 18 and 20.

The Transport Salaried Staffs Association (TSSA) also announced that thousands of its members at NR will strike on the same dates.

The TSSA said it served notice after asking NR asked for “clear assurances and clarity” on job security and working practices.

No such assurances were forthcoming and 14 days notice, required by law, has now been given, said the union.

General secretary Manuel Cortes said: “Our union has a strong mandate for strike action at Network Rail in these grades and walkouts will have a huge impact.

“Our members are simply asking for basic fair treatment: not to be sacked from their jobs, a fair pay rise in the face of a cost-of-living-crisis and no race to the bottom on terms and conditions.

“No-one takes strike action lightly, but we have been left with little choice. Our general grades and controllers are a force to be reckoned with. Without them the rail network does not run, it is that simple.

“Sadly, it now looks as though we are about to see yet more disruption on our railways this summer. It’s time bosses at the company told the Government they must get a grip.

“Our door remains open but only if there is a meaningful offer on the table which will give our members the fair deal they deserve for keeping our rail network safe every day of the year.”

Unite said the electric control room operatives play a crucial role as they are responsible for managing and controlling the power supply to the rail network.

General secretary Sharon Graham said: “Our members played a crucial role in keeping the rail network functioning throughout the pandemic, ensuring that essential workers and goods could be transported.

“The thanks they get for their sacrifices from their employers is a derisory offer that amounts to a kick in the teeth.

“Unite is entirely dedicated to defending the jobs, pay and conditions of its members.

“Our members at Network Rail will receive the union’s total support until this dispute is resolved and the workers receive a fair pay deal.”

Unite said their members have not received a pay increase for three years and are increasingly struggling to make ends meet due to the cost-of-living crisis.

Unite national officer Harish Patel said: “Strike action by Unite members will undoubtedly cause further disruption to the rail service but this dispute is entirely of Network Rail’s own making.

“Our members expect and deserve a pay rise which tackles the cost-of-living crisis that faces them.”

Members of the Rail, Maritime and Transport union and TSSA are striking on August 18 and 20, while RMT members on London Underground will stage a 24-hour walkout on August 19.