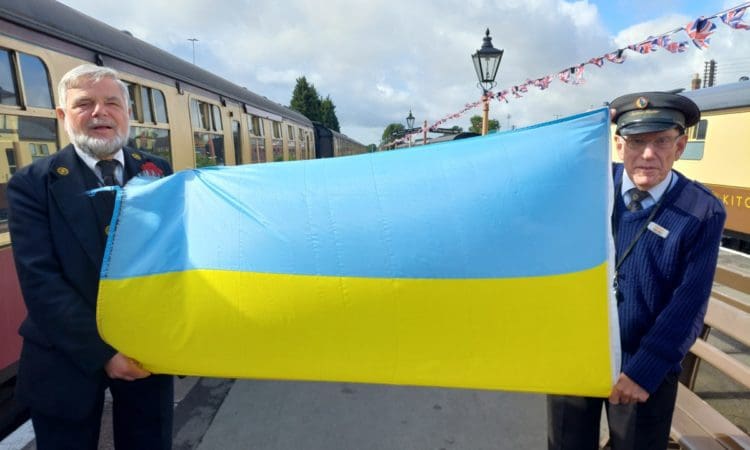 The Severn Valley Railway is adding its support to the Ukrainian Crisis Appeal that’s being run by the Red Cross.

The leading heritage attraction has announced that it will make a donation from this weekend’s profits as well as taking a collection from passengers on behalf of the charity this coming weekend, July 2 and 3.

Since the Russian invasion, Red Cross teams have been working around the clock to get critical care to those who need it most, both in Ukraine and its bordering countries. The charity is offering medical care, food and shelter to people leaving the war-torn country, both in Ukraine’s neighbouring countries and the UK.

“When we cancelled our Step Back to the 1940s weekends as a mark of respect to people suffering in Ukraine, we also pledged to give direct support in the form of a charitable donation,” said Michael Dunn, the SVR’s head of visitor experience.

“This weekend would have seen one of our 1940s events, so we thought it fitting to make this the focus of our efforts. As well as donating from the SVR’s operating profits, our volunteers will be taking bucket collections from passengers who want to add their own donations.

“We are also working closely with local organisations to host visits by refugee families, both from Ukraine and other countries affected by war.”

Visitors to the railway over the weekend will have the opportunity to enjoy a fly past by the Battle of Britain Memorial Flight’s Lancaster aircraft. It will arrive around 3.05pm on Saturday 2nd, flying from Bridgnorth to Bewdley via Highley, then on Sunday 3rd it will arrive at Bewdley around 2.30pm, flying along the line, via Highley, up to Bridgnorth. Pre-book tickets here.