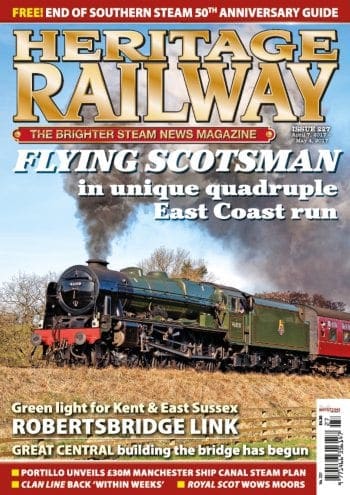 Centre
Scots Guardsman on the Cumbrian Coast by Alan Weaver

Up & Running
Guide to railways running in the coming months.