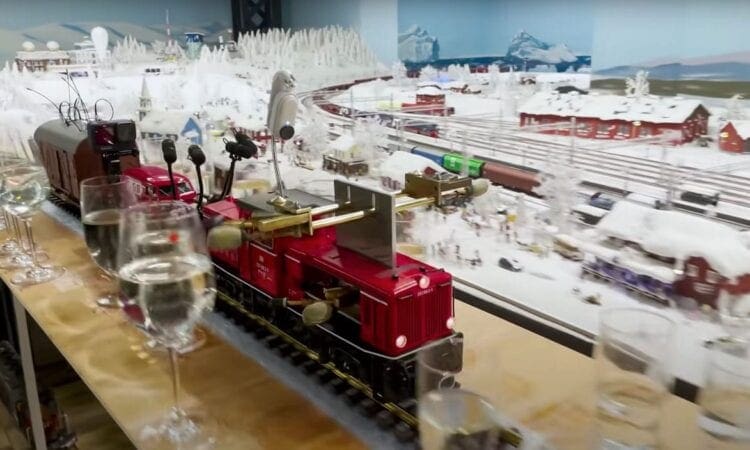 Miniatur Wunderland, a model railway museum in Germany, have been busy in lockdown setting a new Guinness World Record.

The museum set the world record for the ‘Longest melody played by a model train’ when lockdown meant that visitors were not allowed in the exhibitions.

The attempt was inspired by a video watched by staff from 2019, in which an A380 takes off with a Santa Claus sitting on the wing with a clapper in his hand, that hits glasses filled with water and plays the tune of Jingle Bells.

The Miniatur Wunderland website reads: “This gave rise to the idea of ​​driving a train through the entire wonderland and playing a medley of the world’s most famous classical pieces.

“In the last few weeks it has given us a lot of diversion, fun and a good mood, but also demanded a lot of creativity, inventiveness and perseverance.”

The special route with thousands of differently filled glasses led from Scandinavia to Italy.

On March 17 the time had come, in front of witnesses from Guinness World Records, the world record was achieved in the first attempt as a model train ran a special route with thousands of differently filled glasses.