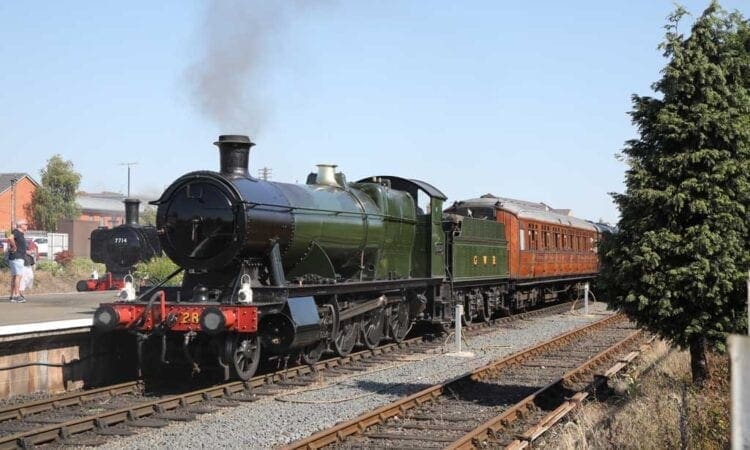 The announcement of a second national coronavirus lockdown by Prime Minister Boris Johnson will hit English heritage railways for a second time this year. The lockdown runs from November 5 to December 2.

All Welsh heritage railway operations were already closed because of a 17-day ‘circuit breaker’ announced by First Minister Mark Drakeford which was operative from October 23 to November 9.

Because heritage railways fall into the non-essential business category, the enforced closure comes as a bitter blow just as the lines were gearing up for late autumn galas or the start of the ‘Santa Special’ season which would provide some vitally needed income to pay bills and cover maintenance needs over the winter months. Some 30 heritage lines and museums were given grants of more than £11m during October from the Government’s Culture Recovery Fund and details of this is in the November issue, on sale November 4.

Website announcements from a number of railways, the Great Central, Keighley & Worth Valley, North Yorkshire Moors Railway, confirmed operations were ceasing temporarily along with options for refunds, re-booking or gift cards for passengers who are affected.

Throughout the pandemic, several railways have been forced to furlough staff or made redundancies in a bid to keep organisations afloat financially. The loss of income during the spring and summer, and now part of the autumn too, has also led to major re-evaluations of key projects which would have been funded from summer income and would have taken place over the winter.

It’s a similar situation at the Bo’ness & Kinneil Railway where ‘Santas’ have been cancelled. The B&K said: “Our ‘Santa’ events are built on an atmosphere which rotates around singing, dancing and lots of interaction with Santa himself. We do not believe it is possible to deliver the best visitor experience within the current coronavirus guidelines issued by the Scottish Government.”

• Anyone with bookings with bookings should contact the railway concerned as different rules apply in England, Wales, Scotland and Northern Ireland, and the suspension of services could be extended.