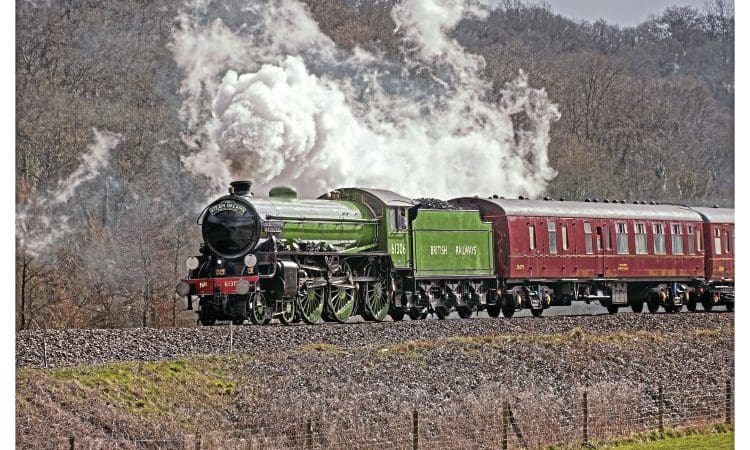 In addition to its set main line tours programme, Steam Dreams is to operate 56 extra trains centred around London this summer – starting with the first departure from Waterloo on Tuesday, June 4.

The tour promoter has planned four trains every Tuesday out of Waterloo for a 14-week period ending on Tuesday, September 3.

Three of the trains are planned as passenger services to Windsor for the benefit of overseas visitors and sightseers.

Departing Waterloo at 8am, 11.10am and 2.10pm, the ‘Royal Windsor Express’ will operate on a one-way basis.

On arrival at Windsor and after delivering passengers, the return journey to Waterloo will be based on empty stock being prepared for the next departure.

Passengers alighting at Windsor will be free to return to central London in their own time using tickets provided by Steam Dreams.